I am originally from Germany and have been living in Ireland since 2008. My partner is Irish and our three kids were born here and are Irish. My aim is to raise our children bilingual, which some days works better than others. I’ve been using different tools to keep German and English relevant in our day to day life. One of our favourites is definitely our Toniebox! Read on to find out why we love it so much and how we use the Toniebox with different languages!

What is a Toniebox?

In a nutshell: The Toniebox is an amazing and intuitive audio player for children. It can be used independently by children from 3 years of age. The cloud-based system is screen-free and super-easy to use. After the initial setup, all you have to do to play music, an audiobook or anything you pre-recorded is to place the relevant Tonie (a little figurine) on top of the box. It combines stories & music with play and puts a lot of fun in learning languages. You don’t even have to be connected to WiFi once the content has been downloaded.

This makes the Toniebox the perfect gadget for kids of all ages for out and about and at home. And for anyone who speaks more than one language the Toniebox in combination with the Creative Tonies is the ideal gadget to keep all languages relevant in your home!

Toniebox Languages: What is Available?

Since the Toniebox was launched in Ireland & UK in 2018 there have been regular releases of new Tonies in English. These hand-painted figurines are filled with stories or music in English and are available from the official Tonies Online Shop or from many other retailers.

You can choose from so many different and well-known stories. From Julia Donaldson and classical tales like Pinocchio and Sleeping Beauty right through to everyone’s favourite Disney stories and educational content, like the “How and Why” range. The same goes for music Tonies, which offer the perfect song for every occasion, mood, and age!

Many of the available stories and songs are already familiar to your children. This means they will recognise the words and storyline and will be able to sing along while expanding their vocabulary and perfecting their pronunciation.

We picked up our Toniebox a while back during a family visit in Germany. This was before it was even known that English Tonies would be available. I loved the Toniebox concept and in our case, of course, the added benefit of all the German stories and songs available.

There are so many popular German stories available, some of which I know from my own bedtime stories as a kid. Sharing these heroes of my childhood with my own children in my mother tongue makes it all the more special.

Since the Toniebox is around on the German market for quite a bit longer than on the English speaking market, there is a wider choice of Tonies available. However, in recent months the English Tonies are quickly catching up with many new releases.

Pre-loaded content and music Tonies are currently only available in English and German. However, and this is a big HOWEVER, there is also the Creative Tonie!

This is like the blank canvas of Tonies and can be filled with any audio content in any language. Think songs, stories, messages, speaking exercises, audio meditation for kids and so on – you name it, the Creative Tonie can be it! Just as the box itself, filling the Creative Tonie with content couldn’t be any easier.

How to Set up Your Creative Tonie!

Our two oldest kids are going to an Irish-speaking school, hence they are currently learning three languages. Since Irish is not a very active language, resources are hard to find. I am delighted that with the Creative Tonies we can create our own audio in Irish!

Toniebox Languages & Bilingual Skills: How we use it!

I have noticed that my kids will pick up and actively use their second language whenever they are exposed to it a lot. So for example when we are on holiday in Germany or whenever friends and family from Germany come to stay with us.

While I am trying to speak German to them in our day to day, I automatically fall into English when we are with other people who don’t understand German. So exposing my kids to spoken German in other ways is important to me in order to build their skills of the language. Among other tools, we are regularly using our Toniebox in a fun way to promote two languages.

My kids, like many other children, are growing up with the classic fairytales and of course the ever popular Gruffalo, Room on the Broom, Fireman Sam and so on. They are already familiar with these characters and their stories in English, so we got the corresponding Tonies in German. This makes it easier for them to comprehend the story and as a result, they recognise and learn new words and sentence structures.

Just as easy as you can add any language to your Creative Tonie, you can add multiple languages. So I have started to record some sentences and stories in both English and German. Mostly things my kids would say a lot, like “I am hungry.” or “Can I have a snack.” this way they can relate to it and will find it exciting to try saying these things in different languages.

My plan is to have this available to them in all three of their languages, but since I am not speaking Irish, I need to have an Irish speaker help me with the recordings.

We have recently dedicated one of our Creative Tonies for our family in Germany. They have access to our Toniecloud and are able to record whatever they want on to their “German Tonie”. Think Whatsapp voice message but for kids. They talk to them about their day or anything that they have experienced. My kids don’t just love to get their very own voice message; but are also regularly exposed to many different German speakers on a conversational level.

This one goes hand in hand with the familiarity of the stories. As mentioned before, my kids are going to an Irish school. Hence their first sounds and reading were all in Irish. Only in the second infant year do they start with English reading. To encourage my son to recognise words, sounds and read through his storybooks, it helps to have a Tonie playing simultaneously.

We either have pre-recorded audio Tonies of the relevant book (eg Gruffalo) or we record it ourselves in whatever language we like. We often use this method in combination with the Toniebox and also our Chameleon Reader. I love that this doesn’t just promote the spoken but also the written languages.

My daughter is big into music. She is the kid who sings her words a lot and makes up her own songs on a daily basis. Music is the way she expresses herself and it’s also the best way for her to learn.

It’s no surprise that her favourite Tonies are the music ones. We have many tonies that are pre-loaded with English and German children’s songs. Many of which she already knows by heart in both languages. It is a very playful but effective way for some bilingual kids to keep their languages active and extend their vocabulary.

If you are a bilingual or multilingual family and are on the lookout for some fun ways to promote different languages, the Toniebox should be on your list!

In my opinion, it has everything you’d want from a gadget (not just) for multilingual kids. It’s child-friendly, screen-free, easy to use and more importantly can be used independently. It is also indestructible and the handpainted Tonies add so much visual fun as well. Plus: with the use of the Tonies in English and German as well as the Creative Tonies; there are truly no limits to what you can do!

Limitless languages. Limitless stories & music and quite simply: Limitless fun for EVERYONE!

Frequently Asked Questions about the Toniebox and Different Languages!

How many languages does the Toniebox support?

Are Tonies available in different languages?

Yes, pre-recorded Tonies are currently available in English and German.

Will the Tonies be available in more languages soon?

Tonies have confirmed that they are focusing to expand the Tonie ranges in the current languages German & English but have no plans to add any more languages at the moment.

How do use Creative Tonies?

Creative Tonies are like a blank canvas. With a few simple steps (see above) they can be filled with audio files or voice recordings in any language.

You may also enjoy: 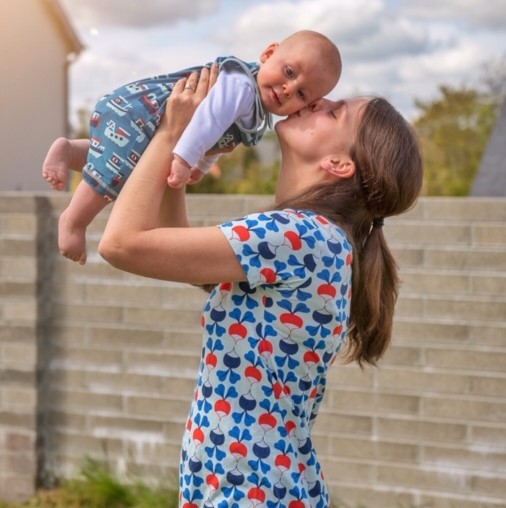 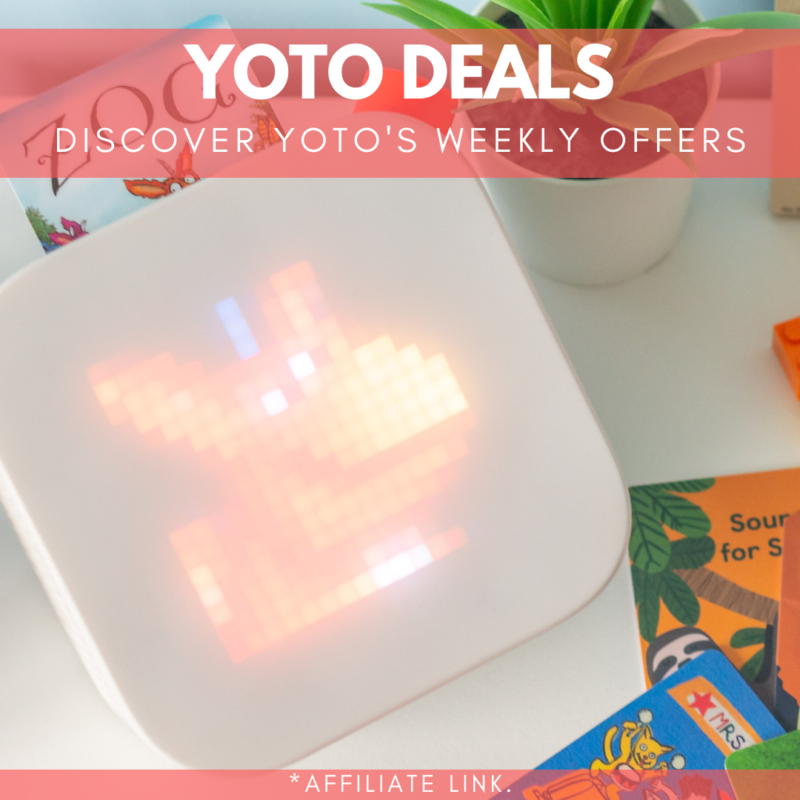